A new spacious OPD building with about 25 rooms was inaugurated and dedicated to the services of people on auspicious day of Sri Guru Purnima, July 13th 2022 at 10.30am by Sri Vishal Anand, Chief Project Manager of Railway Vikas Nigam Limited, Ranchi. This new OPD building along with Solar Power plant which was constructed at a cost of Rs 4.8 Crore rupees was solely sponsored by Railway Vikas Nigam Limited, New Delhi under their CSR. Revered Swami Satyeshananda ji Mj, Assistant General Secretary also graced the occasion. The Opening ceremony was attended by several monks from neighboring centers and of Sanatorium, Railway Officials, Doctors and staff of Sanatorium and well-wishers. The opening ceremony was preceded by Puja to Bhagavan Sri Ramakrishna, Sri Sri Maa and Swamiji at the new building. A meeting was arranged after the inauguration which was attended by about 120 people.

In the afternoon a youth convention was organized for the local youth in connection with 75th year of Indian Independence in which about 150 students had participated. Revered Swami Satyeshananda ji Mj, Revered Swami Tyagavratananda ji Mj of Sanatorium, and Sri Kamlesh Prasad of Livelihood Specialist World Bank were the speakers at the function. 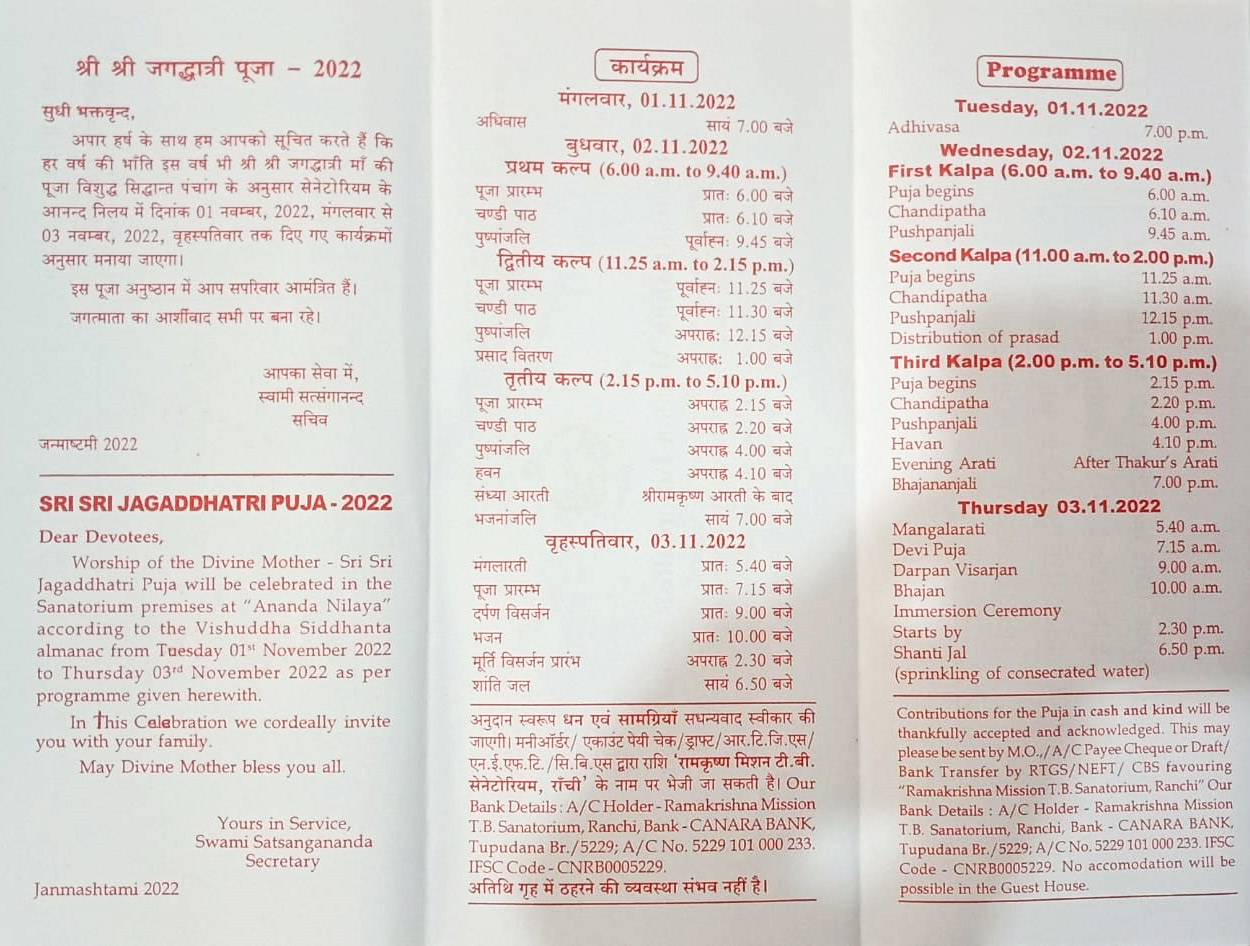 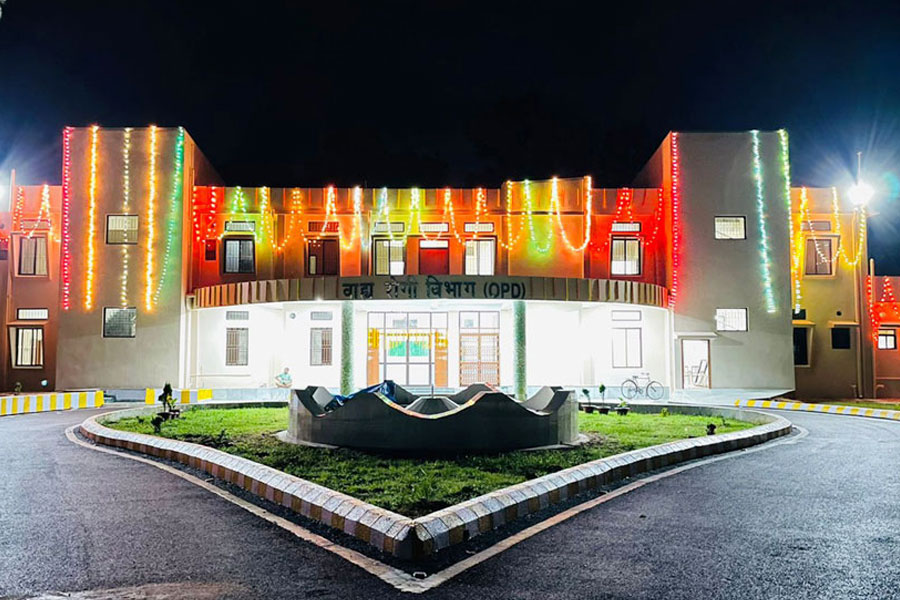